Learning to Cook Through Time 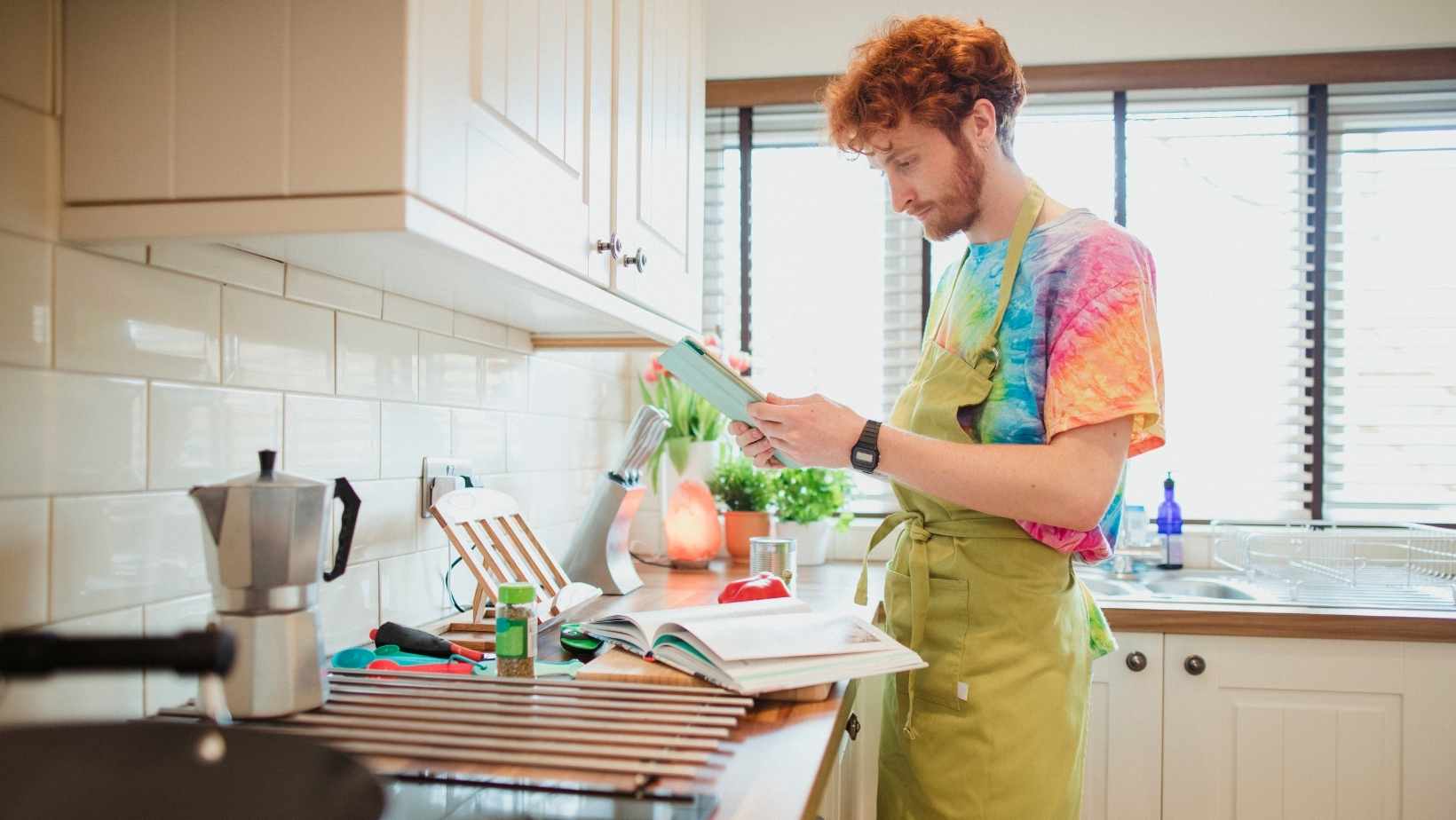 How you learned to cook might depend on how old you are and whether you grew up with home-cooked meals. Generations of Americans cooked with whatever was at hand. Meals weren't fancy and were limited to what was canned from the previous harvest or what was in season and how often they could afford meat. Many early home cooks didn't rely on recipes and often didn't measure ingredients.

Although there were cookbooks dating back to the Romans, they were not common in the homes of average American families. Girls, who often helped in the kitchen from an early age, learned to cook from their mothers. Recipes were family secrets and never shared across the fence.

By the 1920s, American cooks found recipes in magazines like The Ladies Home Journal or Better Homes and Gardens. These magazines targeted married women with children with articles on home decor, entertaining, and cooking. My Better Homes & Gardens Cook Book was published in 1930 and was a huge success. The recipes included exact measurements rather than "a little of this" and complete instructions like oven temperature and baking times. What started as a 56-page recipe pamphlet that sold for $0.10 is now in its 17th edition.

Irma Rombauer self-published 3,000 copies of The Joy of Cooking in 1931. Rombauer, a home cook, was widowed at 51. She chose to write a cookbook to calm her mind and generate an income. In its 9th edition, the book continues to teach young cooks how to prepare some of the most traditional American food. The 9th edition of The Joy of Cooking was published in 2019 by Rombauer's great-grandson, John Becker, and his wife, Megan Scott. They updated it to include new recipes that appeal to changing tastes. It is one of the most popular cookbooks in America.

Julia Child forever changed cooking in America with her cookbook, Mastering the Art of French Cooking. Child learned to cook at the age of 32 at the Cordon Bleu in France. While on a publicity tour for her book in 1962, she prepared an omelet on TV, which was wildly popular. She began filming The French Chef in 1963, and it too was very popular. She prepared recipes live on the show, and some of them flopped, contributing to the show's authenticity and appeal. Child believed in saying "oops" and laughing at her mistakes because every cook makes them.

Today, if you want to learn how to make French dishes like boeuf bourguignon and bouillabaisse, you can stream all ten seasons of The French Chef on Amazon Prime or Passport.

Julia Child went on to host many more television shows through the 1990s and taught an untold number of home cooks how to prepare thousands of recipes. She taught us to cook with wine "and add it to your recipes, too." Like the French, Julia Child believed that we should enjoy food, and she enjoyed hers with lots of cream and butter. Finally, she taught us to cook with fresh, seasonal ingredients from the farmer's market.

The French Chef was not the first cooking show on American television. In 1946 James Beard hosted a weekly show which aired for 15 minutes. Considering only 7,000 televisions were sold in the U.S. in 1946, the show was not widely known.

Public Television has a long-running show with a couple of spinoffs and launched two magazines. America's Test Kitchen, now in its 22nd season, was a new take on cooking shows because the chefs tried recipes in multiple ways to find the perfect combination of ingredients and the most consistent method. It introduced American home cooks to global recipes and helped them prepare the dishes to perfection. The spinoff, Cook's Country, did the same thing for American recipes.

The Food Network and the internet all day every day

The appeal of cooking shows was not lost on networks or advertisers. Since Child's initial cooking show, dozens more have been produced. With the popularity of cable television in the 1990s, it was no surprise when the Food Network launched in 1993. Unlike earlier cooking shows, the Food Network does not gear all its programming to women. Its daytime lineup includes instructional cooking shows, and the evening consists of more entertaining viewing choices. Over time, some of the Network's celebrity chefs include Emeril Lagasse, Bobby Flay, Mario Batali, Rachel Ray, and the Barefoot Contessa, Ina Garten. Garten, who Martha Stewart mentored, has some of the highest-rated episodes on the Network and authored 12 cookbooks.

The Food Network also has a website that is a portal to thousands of recipes, best practice articles, restaurant reviews, and restaurant recommendations for travelers. Premium access grants you permission to view all the Food Network episodes ad-free for a subscription fee.

Today, many home cooks improve their craft and find new ideas online in one of the thousands (or hundred-thousands) of food blogs. Famous chefs like Jamie Oliver and Martha Stewart and home cooks offer regular food blogs with recipes and tips. Many blogs are targeted to specific needs like cooking on a budget, cooking for two, 30-minute meals, etc. If you don't know what to make for dinner, you can search for quick chicken and broccoli recipes and get over 30 million results.

For some, cooking is a profession; for others, it's a hobby, and for many, it's a chore. Regardless, you need recipes if you cook, and there are plenty of ways to find them! Bon Appetit!

The New Normal in Restaurants
Wanderin' Barefoot Farm Takes the Fast Track From ...
© 2022 The Business of Food, LLC. All Rights Reserved.