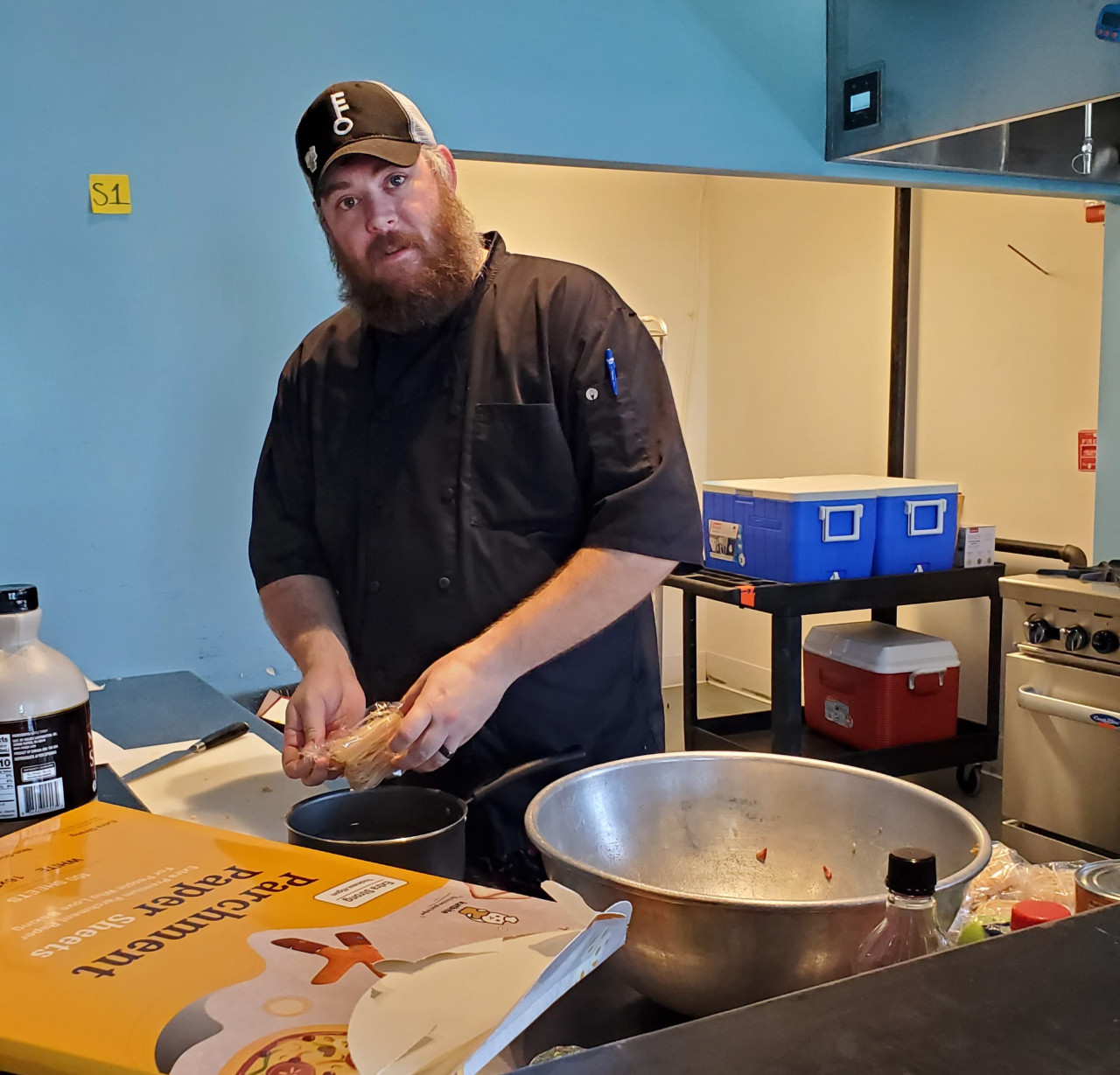 My favorite time to visit our shared kitchen, the Cookery, is when it's busy. I love everything about being there - the smells are the absolute best. Some days it smells like granola. Other days it might be sugar, bread, spices, or a delightful combination of everything at once. Once I get past the smells, I enjoy talking to the members and learning about them and their food businesses.

A lot of people cook. They follow recipes by accurately measuring ingredients and performing every step of the method in perfect order. As long as they follow the recipe, they produce an impeccable product. Then there are those people for whom cooking is instinctual art. Recipes are notes to be followed or enhanced on a whim. They know how to combine textures, seasonal ingredients, and spices to create an exceptional eating experience for any palate.

The first person I described could be my - or anyone's - sister. The second example is the Flavor Wizard, Mike Taylor. Mike is a self-described "local boy bringing good food" to the area where he grew up. He has indeed found his niche with many gluten-free, dairy-free, and vegan items. Carnivores, don't worry. Mike also works his magic with meat! Mike's food is anything but basic. His creativity is on over-drive.

Recent menus include bourbon carrot soup, bacon jalapeno corn chowder, and jerk pulled pork with mango. Mike's chicken salad is nothing like I've seen before. He calls it "how it started chicken salad" and makes it from thigh meat with grape jam, arugula, goat cheese, apple, and pomegranate vinaigrette. It sounds like a cross between lunch and dessert. An absolute favorite item for many of Mike's customers is his biscuits and gravy bread pudding. Not only does he make it with homemade sausage gravy, he uses a variety of bread in his mixture, including croissants.

Is your mouth watering yet?

Mike doesn't take shortcuts. A recent Instagram post showed him making crepes to fill with eggs, veggies, and cheese for a breakfast special. If you've ever made crepes (most people haven't), you know that they are made one at a time. Mike makes his in what looks like a saute pan, and he expertly flips them in the air to ensure they cook on both sides.

The name of Mike's food business, the Flavor Wizard, is perfect. He comes up with unique combinations. Mike took some culinary classes but learned most of what he knows about cooking while working in restaurants. As he explained to me, you can learn to make specific things in school, but you don't learn how to run a kitchen and do everything simultaneously. Mike realized he was getting a better education from the chefs he worked with and doing the actual cooking than he could ever get in a classroom.

Mike moved his food business into the Cookery in June and can be found cooking at one of our savory stations either in the morning or late at night. He prepares food for Open Door Coffee in Genoa, where he supplies them with a seasonal menu of breakfast and lunch items Monday through Saturday. He prepares and packages these food items at the Cookery as needed to keep them stocked. Mike also uses the Cookery for his catering gigs and preps for pop-ups he holds at various venues in the Dekalb area. Don't live in the DeKalb or Genoa area? Take a scenic drive and enjoy Mike's flavor wizardry. Follow the Flavor Wizard on social media for his schedule and menus.

By accepting you will be accessing a service provided by a third-party external to https://thebusinessoffoodmr.com/

Direct Link
© 2021 The Business of Food, LLC. All Rights Reserved.