The Success of Kimmer's Ice Cream 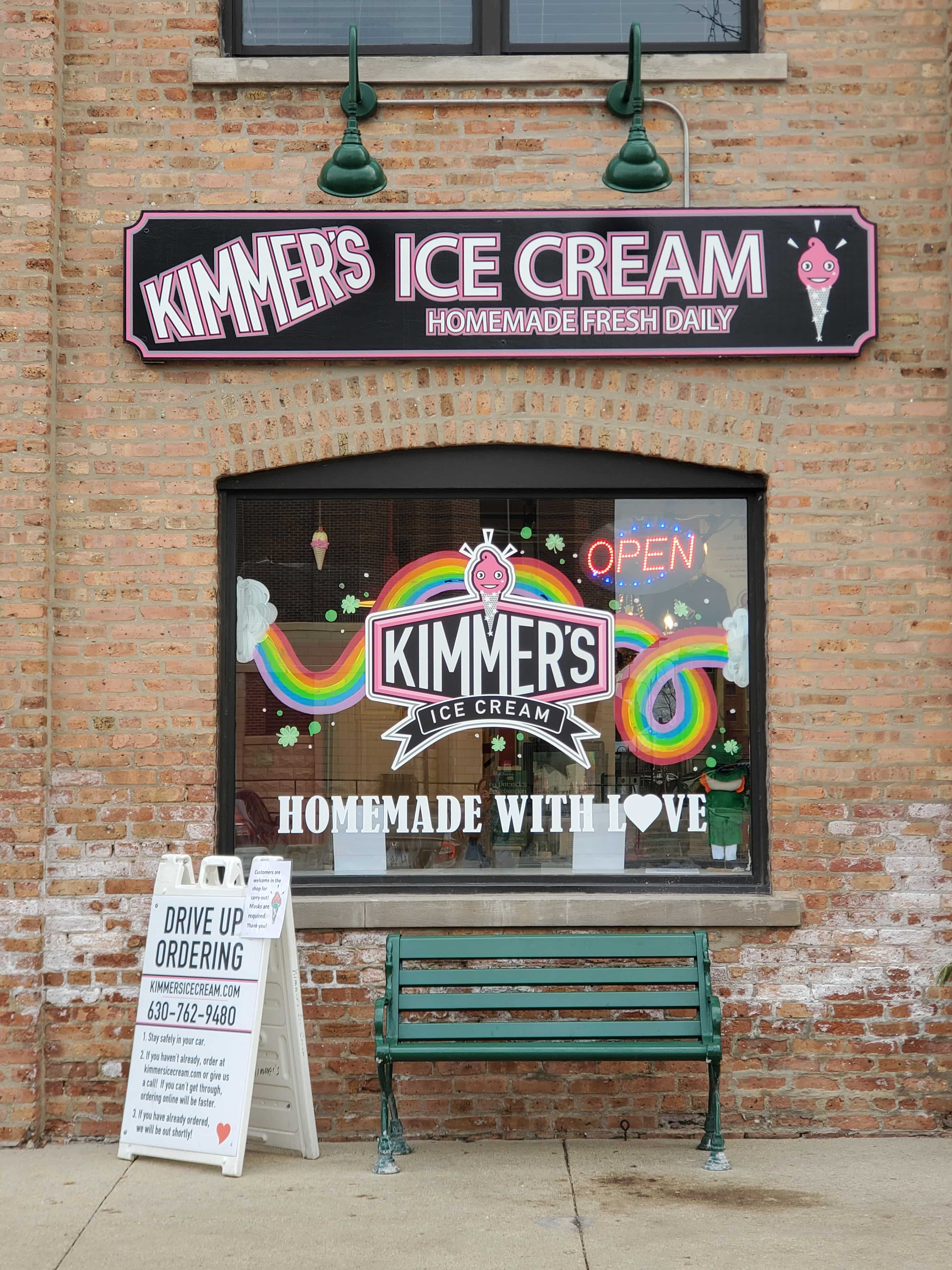 Have you ever wondered how entrepreneurs got their start? It's always an interesting story. They have usually had help along the way because not everyone with a good idea knows how to run a successful business. Businesses don't usually become successful overnight, and success doesn't happen without a lot of grit!

Kim Elam grew up in Batavia and was known to family and friends as "Kimmer." She's an Iowa Hawkeye and graduate of Ice Cream University, a culinary school in West Orange, NJ. According to her website, "Kimmer grew up loving all things ice cream since she could hold a spoon. She worked in a local ice cream shop through high school. Her professors advised her to 'Do what you know, do what you love', and she did!"

Unlike many food businesses that start slowly and progress from start-up through incubation over time, Kim started by taking over the former Gramps Frozen Custard site in St. Charles. She rebranded it, brought in her own ice cream recipes, and launched Kimmer's in October 2010 as a retail storefront, combining the start-up and incubation phases.

Kimmer's serves great ice cream and had a loyal following early on, but Kim always knew she wanted to own multiple ice cream shops and in late 2013 Kim sought help making her goals a reality. She went to the Small Business Development Center at Elgin Community College where she met and started working with Sybil Ege who was the Center Director at the time. (Sybil is now the owner of The Business of Food, LLC).

Sybil encouraged Kim to take the Profit Mastery class offered at ECC to improve her understanding of financials. In 2014 Sybil recommended that Kim pitch to the Fox Valley Entrepreneurship Center's Accelerator Program in order to get one-on-one coaching from a seasoned coach/consultant. She won her pitch and worked with business coach Andy Parker in the FVEC Accelerator Program for several months. Kimmer's is now the top success story on the FVEC website.

Kim wanted to open additional locations, but she couldn't be in two places at once. Like other entrepreneurs, she had to learn how to hire managers and delegate and streamline operations by establishing procedures to be used in all locations. She also needed to move her ice cream production to a location large enough for storage and production for multiple locations.

Kim worked with Sybil through 2016. She remains friends with Kim and her husband Isaac.

Kim says of her experience with Sybil at ECC, "The free Comprehensive Business Assessment gave me an incredible opportunity, allowing me to work on pieces of my business with someone who understands the multiple perspectives you need as a business owner, from very detailed to the big vision."

In May of 2015, Kimmer's Ice Cream opened a second store on Front Street in Wheaton. This location is a larger facility than the original store in St. Charles. It contains both the ice cream manufacturing operation as well as retail service. In 2018 she opened her third location in Elmhurst.

Sybil has always held a soft spot for Kim, and not just because she likes ice cream! Working with Kim was a pleasure. In Sybil's words, "She was so willing to learn and she was always very coachable. And what a great attitude! She had very specific goals for growing her business, which entailed opening multiple locations. To make that happen, she had to acquire new skills and make many changes that would allow her to step out of her then role as a store manager and become the CEO. She has reached those early goals. Kim should be very proud of her accomplishments. I know I am".

Over the years, Kim has learned a lot about being an entrepreneur. A true entrepreneur works on the business while others work in it. She currently serves as CEO, overseeing the stores, but is no longer hands-on in the production of ice cream or the daily operations of the stores. She has hired a lead ice cream maker, has managers in each location, and her husband, Isaac Yates manages the operations out of the Wheaton location. Together they continue to spread ice cream love!

Need help growing your food business, contact us today and we can get started.

By accepting you will be accessing a service provided by a third-party external to https://thebusinessoffoodmr.com/

Direct Link
© 2021 The Business of Food, LLC. All Rights Reserved.